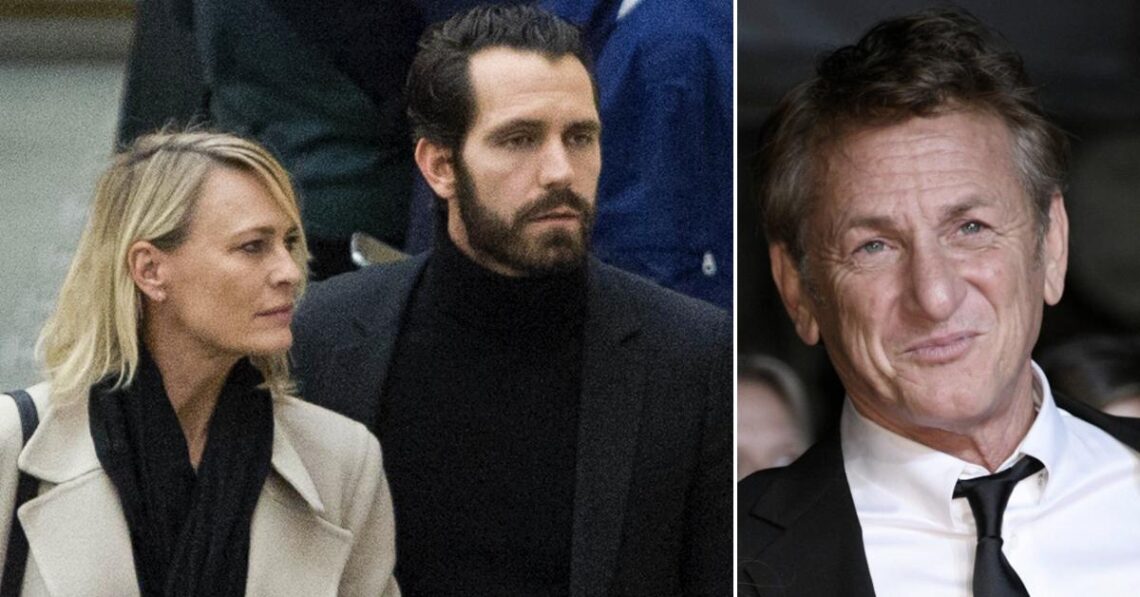 Robin Wright could care less if her ex-husband Sean Penn is going through his third divorce — because she’s playing tonsil hockey with her much-younger hubby, Clement Giraudet. Article continues below advertisement The 55-year-old actress barely came up for air and was caught locking lips with her 37-year-old man at a Los Angeles beach on Sunday. Source: mega Article continues below advertisement Climbing on top of Clement as if no one was watching, Wright didn’t appear to care if the paparazzi captured her in action. Wearing a camouflage baseball cap, black sweater, and a pair of jeans, Penn’s second ex-wife… Read Full Article