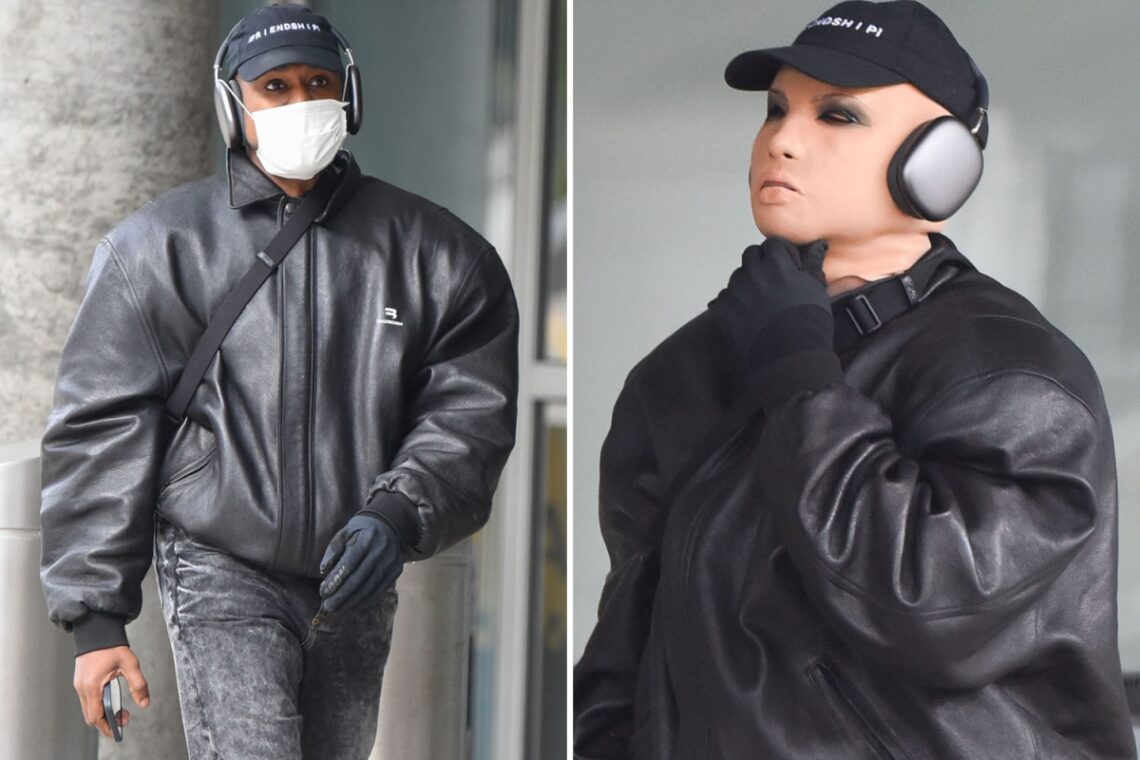 KANYE West was spotted wearing a creepy white prosthetic mask. The 44-year-old sported the bizarre look after he changed his name to Ye and his divorce from Kim Kardashian rages on. 8 Kanye was spotted wearing a creepy white mask Credit: TheImageDirect.com 8 The outing comes as he legally changed his name to Ye Credit: TheImageDirect.com 8 The rapper is also dealing with his divorce from Kim Credit: AP Kanye was spotted out in New York City on Monday in what appeared to be a white mask. While it’s not clear why Kanye was sported the mask, it may have… Read Full Article