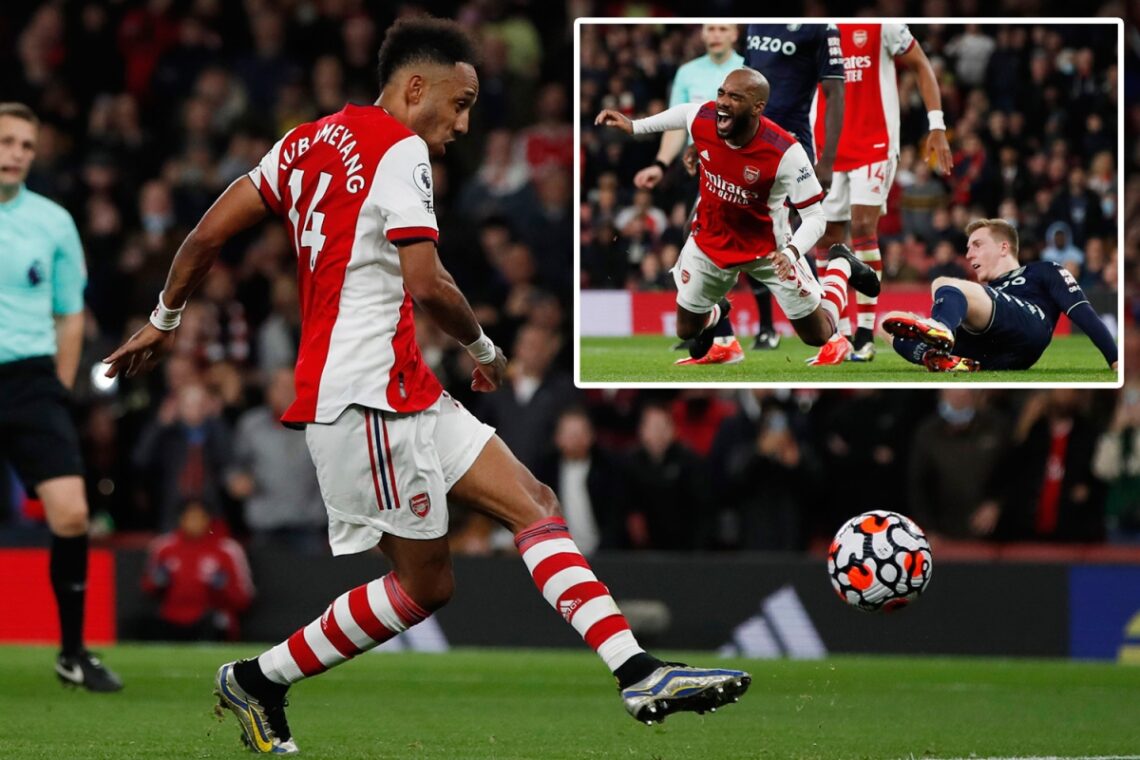 ARSENAL were awarded a controversial penalty in their 3-1 win over Aston Villa on Friday night. With the Gunners already 1-0 up thanks to a Thomas Partey finish, Alexandre Lacazette went down under a challenge from Matt Targett. 3 Alexandre Lacazette won the penalty after a challenge from Matt Targett Credit: Getty 3 Pierre-Emerick Aubameyang tucked away the rebound after originally missing the spot kick Credit: PA Play continued and referee Craig Pawson appeared to blow for half-time. However, he was later called to look at the VAR monitor and decided to award the Gunners a spot-kick. Pierre-Emerick Aubameyang saw… Read Full Article