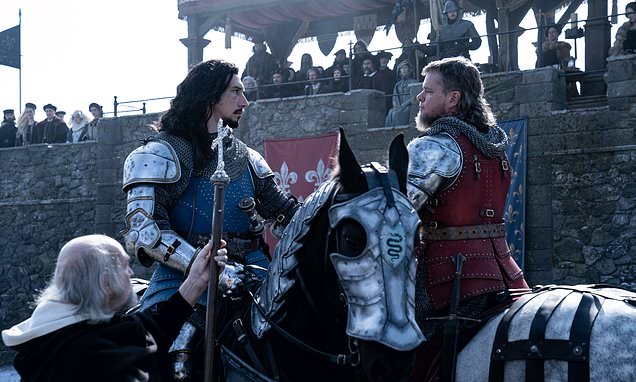 Who says chivalry is dead? Not this lot! BRIAN VINER reviews The Last Duel

THE LAST DUEL (18, 152 mins) Verdict: Great Scott on form Rating: The first feature film directed by Ridley Scott was 1977’s The Duellists, set in Napoleonic France. Now he brings us The Last Duel, also set in France. The two films would make neat bookends to an illustrious career, were it not for the fact that Sir Ridley still has plenty left in the tank. His next release is a lavish crime drama, House Of Gucci, with Napoleon himself the subject of the one after that — and then he plans to make a sequel to his 2000 hit… Read Full Article