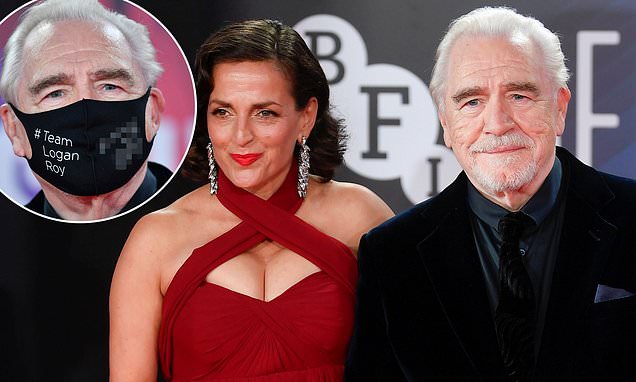 His character, Logan Roy, is famed for uttering the catchphrase ‘f*** off’. And Brian Cox is taking his famous phrase off-set, as he and wife Nicole Ansari-Cox donned matching ‘F*** off’ face masks at the Succession season three premiere on Friday at the BFI London Film Festival. Despite his somewhat crude arrival, the Scottish actor, 75, scrubbed up nicely for the premiere in a black velour suit jacket. The actor also further showed his appreciation for his character with the other side of his mask reading #TeamLoganRoy. Catchphrase: Succession’s Brian Cox donned a ‘F*** off’ face mask at the event,… Read Full Article