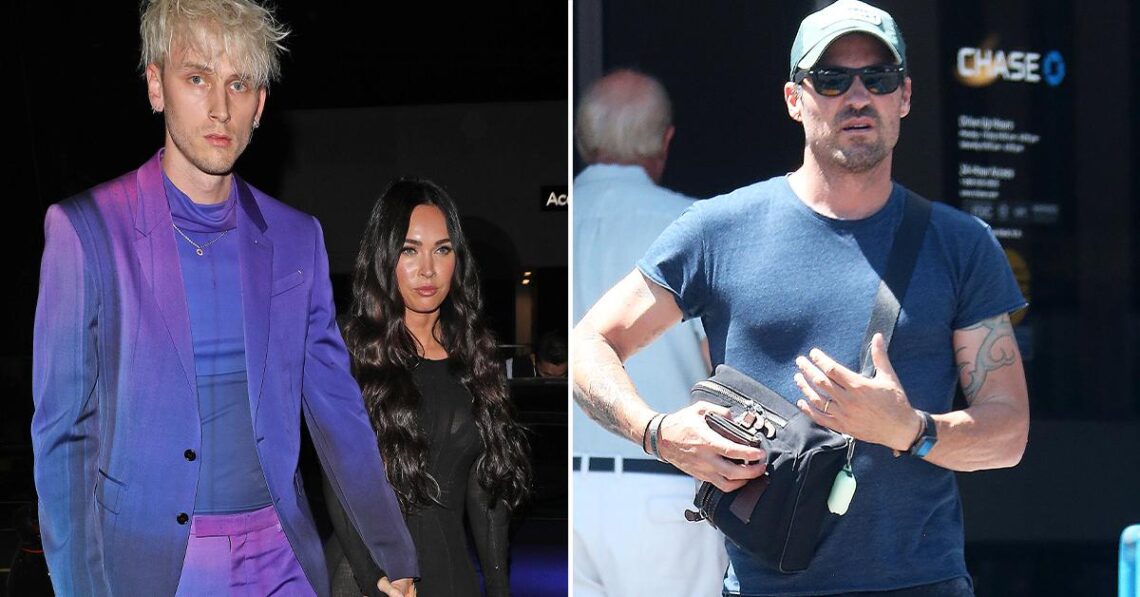 Megan Fox seems to be in great spirits celebrating the final stage of her divorce settlement with her ex Brian Austin Green. The actress made out with boyfriend Machine Gun Kelly in front of thousands during one of his concerts in Los Angeles as part of his My Downfall U.S. Tour. Radar exclusively obtained the photo. Article continues below advertisement Source: MEGA The Transformer actress attended the MGK concert last night to show support for her new man. She appeared utterly unbothered and, if anything, was in a celebratory mood after the latest update on her divorce. The new lovebirds… Read Full Article