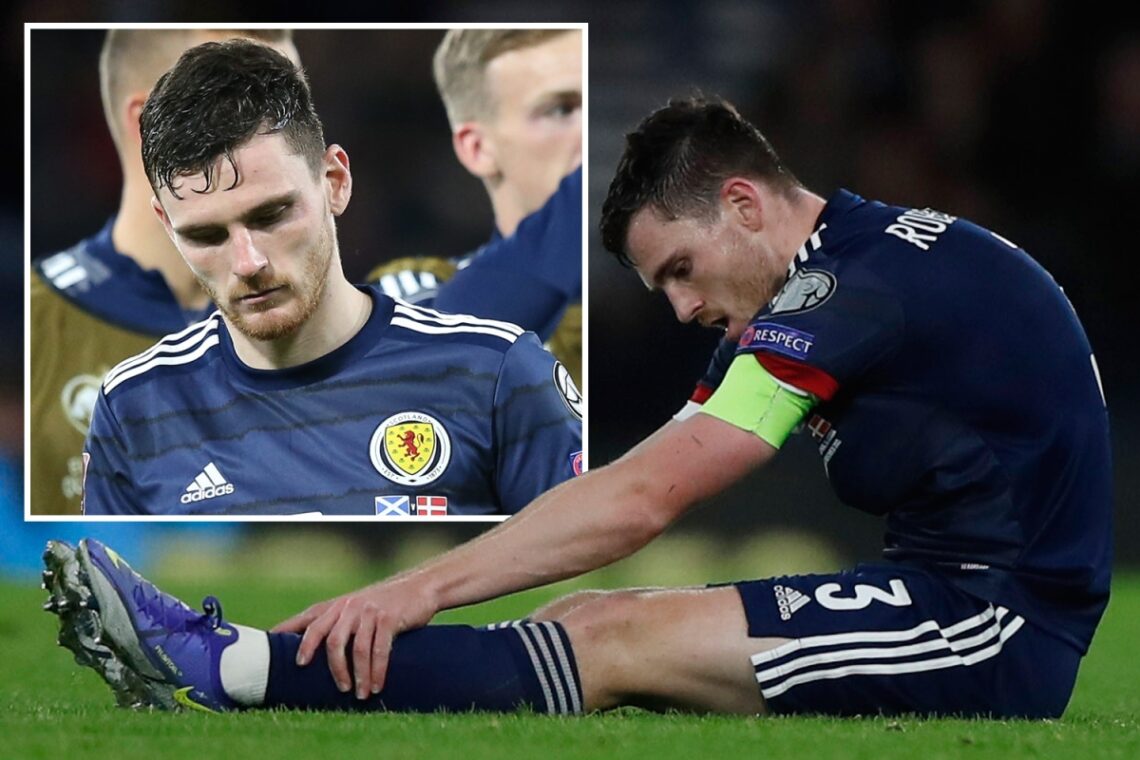 LIVERPOOL have been dealt yet another injury blow ahead of Saturday’s clash against Arsenal after Andy Robertson limped off in Scotland’s 2-0 win over Denmark. The 27-year-old started in the World Cup qualifier at Hampden Park as Steve Clarke’s side recorded their sixth consecutive victory. 2 Andy Robertson picked up a knock in Scotland’s 2-0 World Cup qualifying win against Denmark Credit: Reuters 2 Liverpool left-back Robertson is now a major doubt to face Arsenal at Anfield on Saturday Credit: EPA But he was withdrawn from play late on after hitting the deck with a suspected hamstring injury in the… Read Full Article