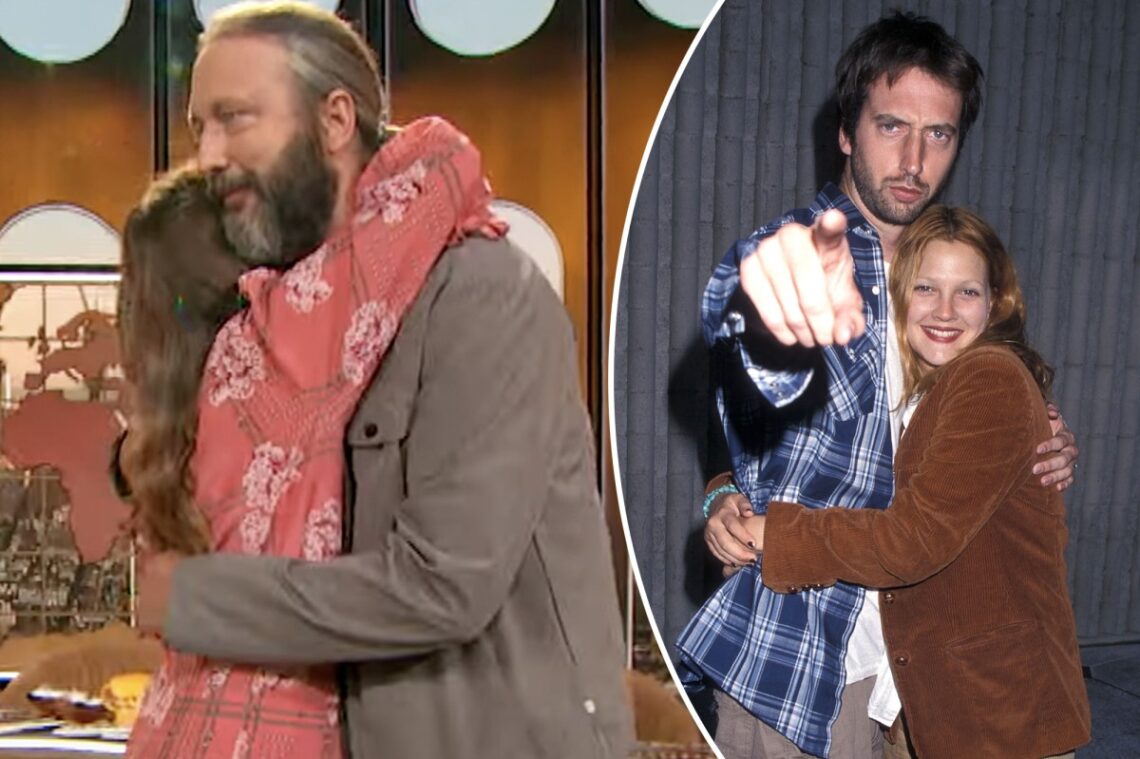 Click to email this to a friend (Opens in new window) Exes Drew Barrymore and Tom Green reunited for the first time face-to-face in almost 20 years on Tuesday. Green, who was married to Barrymore from July 2001 to Oct. 2002, was a guest on her daytime talk show, “The Drew Barrymore Show.” He had previously appeared as a guest on the show virtually, in September 2020 — the first time the pair had spoken in 15 years — but noted this time around, “This is much nicer than the green screen, by the way. I like this — in-person.”… Read Full Article