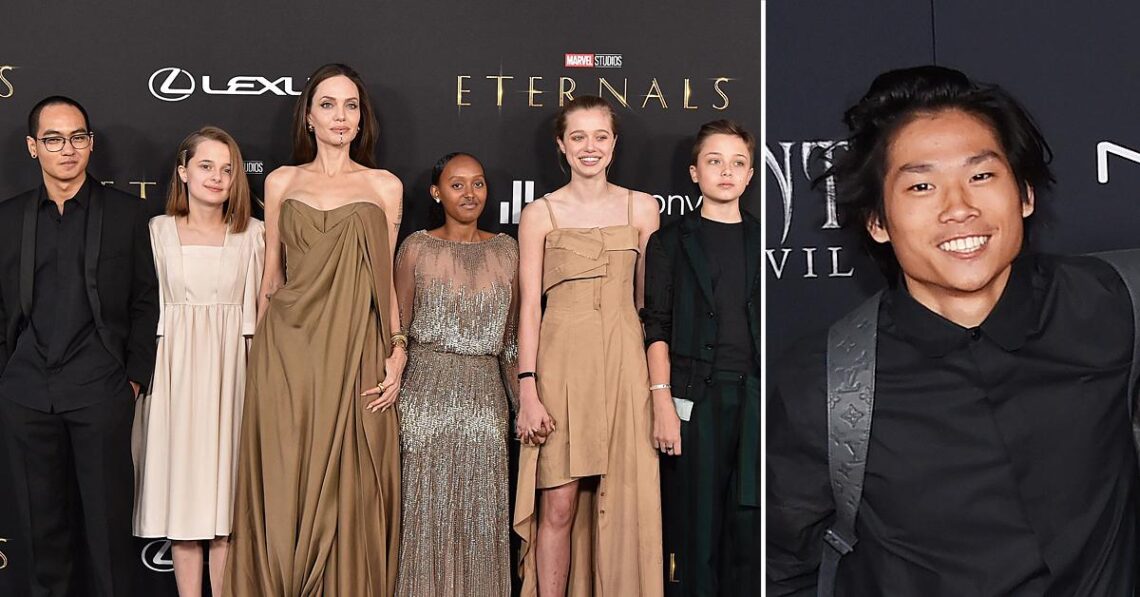 One of Angelia Jolie’s kids has been MIA from her recent movie premieres, despite the fact that the actress has continuously brought all five of her other children as her dates. The star of The Eternals stepped out for the Marvel film’s debut at BFI IMAX Waterloo in London on Wednesday, wearing a black blazer, flowing skirt and white shirt. The mother of six looked strikingly perfect – as always – as she paired her stunning ensemble with her greatest accessories: her babies! Article continues below advertisement Source: MEGA The 46-year-old actress was joined by 20-year-old Maddox Jolie-Pitt, 16-year-old Zahara… Read Full Article