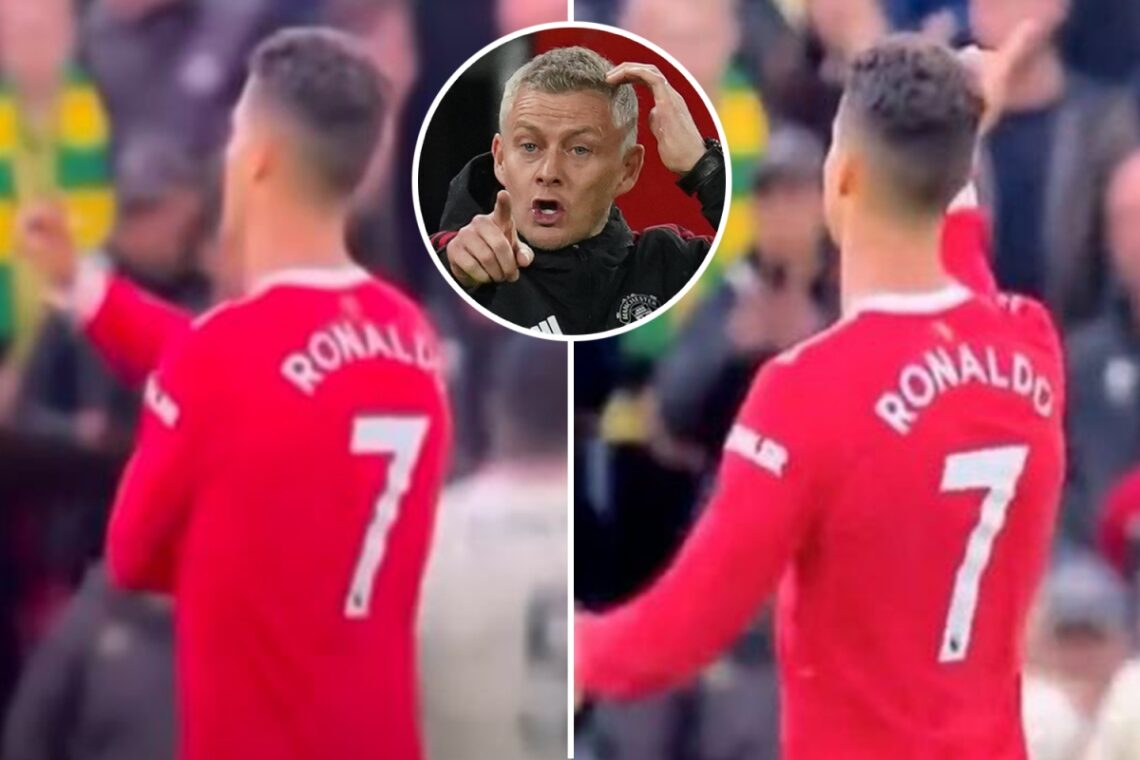 What was Cristiano Ronaldo mocking after Salah goal at Man Utd… with fans convinced it was about Solskjaer’s tactics?

MANCHESTER UNITED fans are convinced Cristiano Ronaldo was mocking Ole Gunnar Solskjaer’s tactics during their crushing defeat to Liverpool. Footage after one of Mo Salah’s goals shows the Portuguese icon, 36, waving his arms furiously. 4 Cristiano Ronaldo was caught on camera waving his arms furiously against Liverpool 4 It is unclear exactly what message he was trying to put across 4 Some reckon the gesticulations were aimed at Ole Gunnar Solskjaer’s tactics As reported by the Mirror, he appears to be pointing in all different directions in a bizarre motion. And although it is unclear exactly what the gestures… Read Full Article