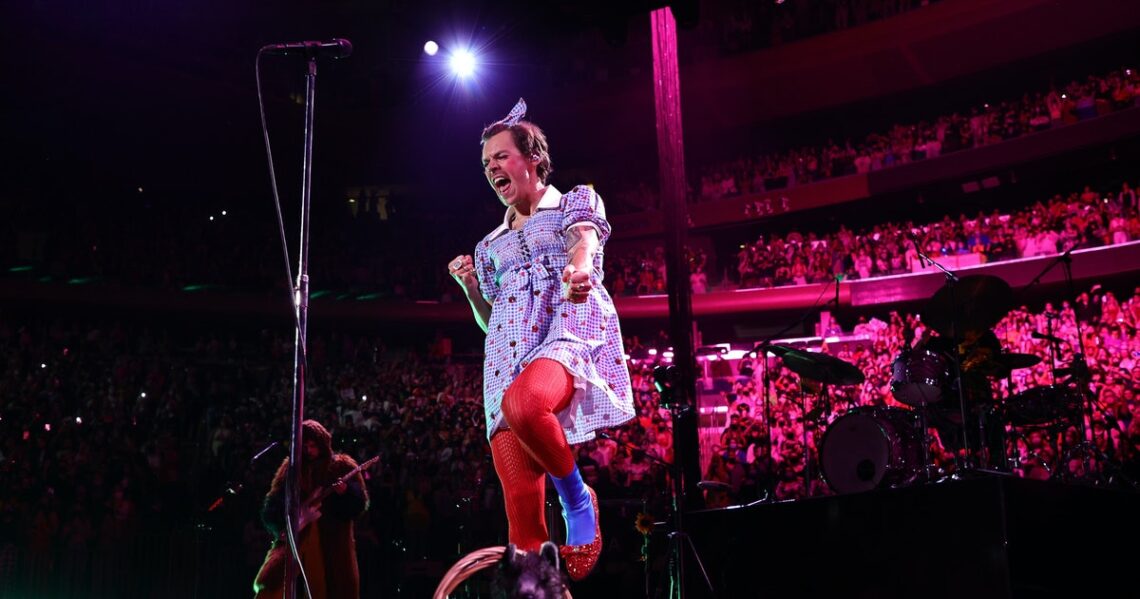 When I say “legends supporting legends,” I’m talking about Harry Styles paying homage to Britney Spears and Harry Styles paying homage to Britney Spears only. At last night’s Halloween-themed edition of his Love On Tour expedition — the last of five Madison Square Garden dates — the “Watermelon Sugar” singer took a second to honor the recently-freed Queen of Pop by performing a rocked-out cover of her In the Zone classic “Toxic.” Performed as part of his four-song encore, Styles slotted the pop staple in between “Medicine,” an unreleased song he used to perform a lot in 2018, and his… Read Full Article