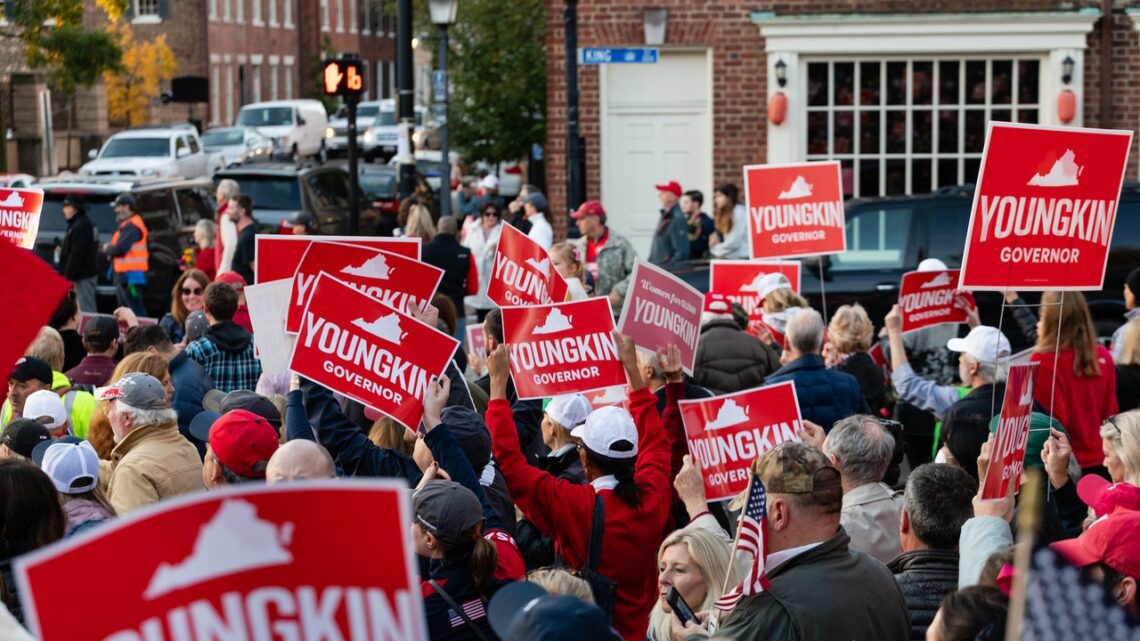 “The nation’s eyes are on Virginia,” Republican gubernatorial candidate Glenn Youngkin told a crowd Saturday, during the final weekend of campaigning before the state’s election on Tuesday. “And as Virginia goes, so goes the nation.” Democratic candidate (and former governor) Terry McAuliffe, with whom Youngkin is locked in a near dead heat, also made his closing message to voters a national one. “[Donald] Trump wants to win here so he can announce for president for 2024,” he said Sunday. “That’s the stakes of this election. He wants to get himself off the mat.” The former president, who has endorsed Youngkin,… Read Full Article