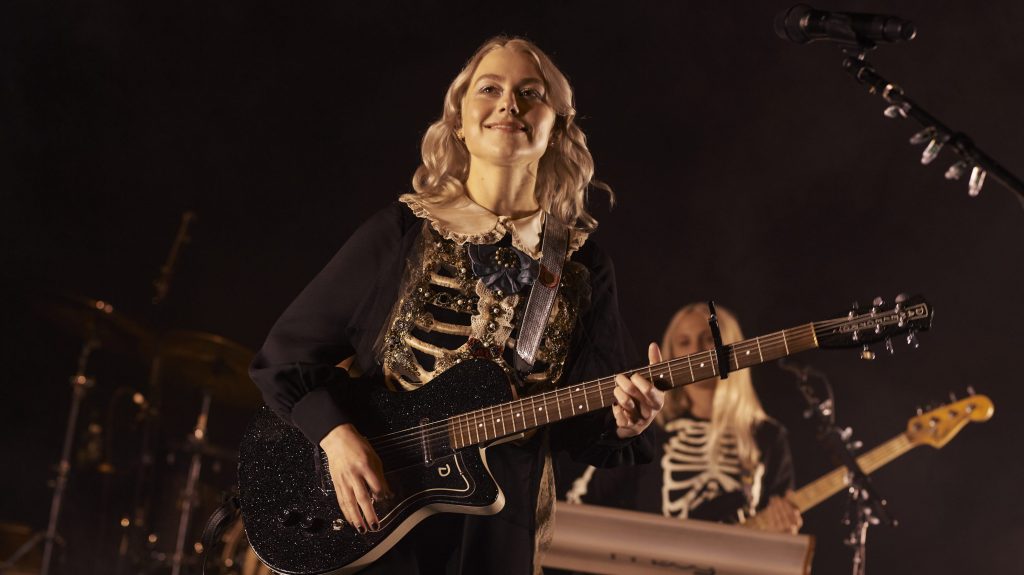 It wasn’t directly timed to the Halloween season, but Phoebe Bridgers’ concert Friday night at the Greek in L.A included what surely had to be the most terrifying moment that will occur at any rock show this year… and one that’s presumably been repeated nightly on the singer-songwriter’s current tour, which comes to a close Sunday night. It comes toward the end of her semi-epic set-closer, “I Know the End,” when the entire crowd, as one, erupts as one into an primal scream, taking a cue from the abrupt twist in the recorded version where Bridgers suddenly lets loose with… Read Full Article