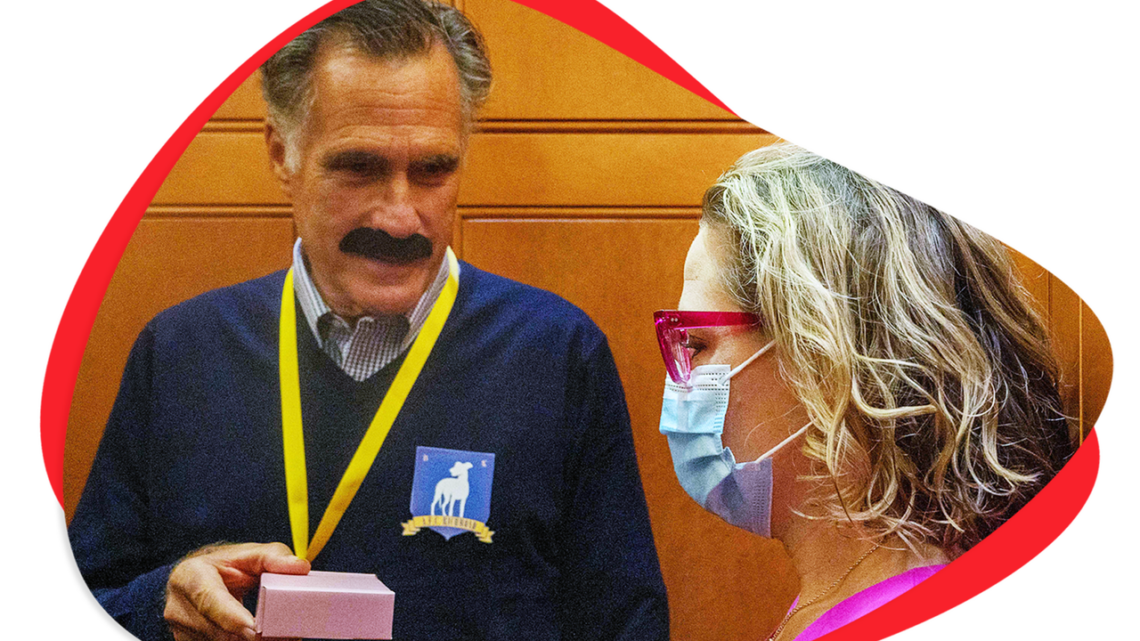 Mitt Romney and Kyrsten Sinema Are Being Kind for Halloween

Well, today on the internet—in the midst of the Democrats’ efforts to put together an infrastructure plan that keeps losing key policy components—senators Mitt Romney and Kyrsten Sinema decided to celebrate Halloween by dressing up as Jason Sudeikis and Hannah Waddingham from the beloved and Emmy-winning Apple TV+ series Ted Lasso. Romney posted a GIF of the two of them, with him sporting a fake mustache and Sinema in red-framed glasses and a hot-pink dress. Sudeikis was Saturday Night Live’s resident Romney impersonator for a period of time, so the Romney costume is maybe a jab back in that direction…. Read Full Article