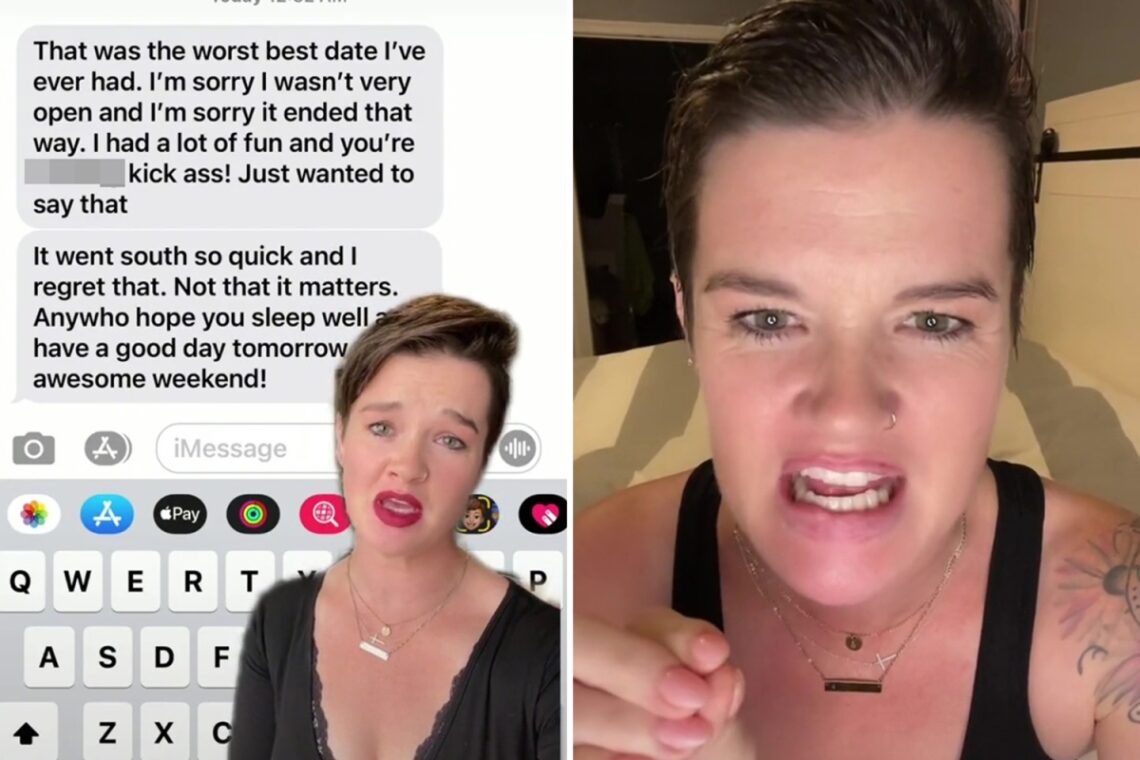 A WOMAN described the ‘worst date in history’, in which her date claimed that unattractive women don’t get sexually assaulted. The woman said she ‘literally ran in the rain’ to get away from her date – but he had the nerve to send her an angry message the next day. 2 Kailly said she’d rather beat herself with her own dead limbs than see the man again Credit: @thekaillyjo/Tiktok 2 When she told the story, commenters agreed her date was way out of line Credit: @thekaillyjo/Tiktok Tiktok user Kailly shared her dating horror story with her followers, who all agreed… Read Full Article