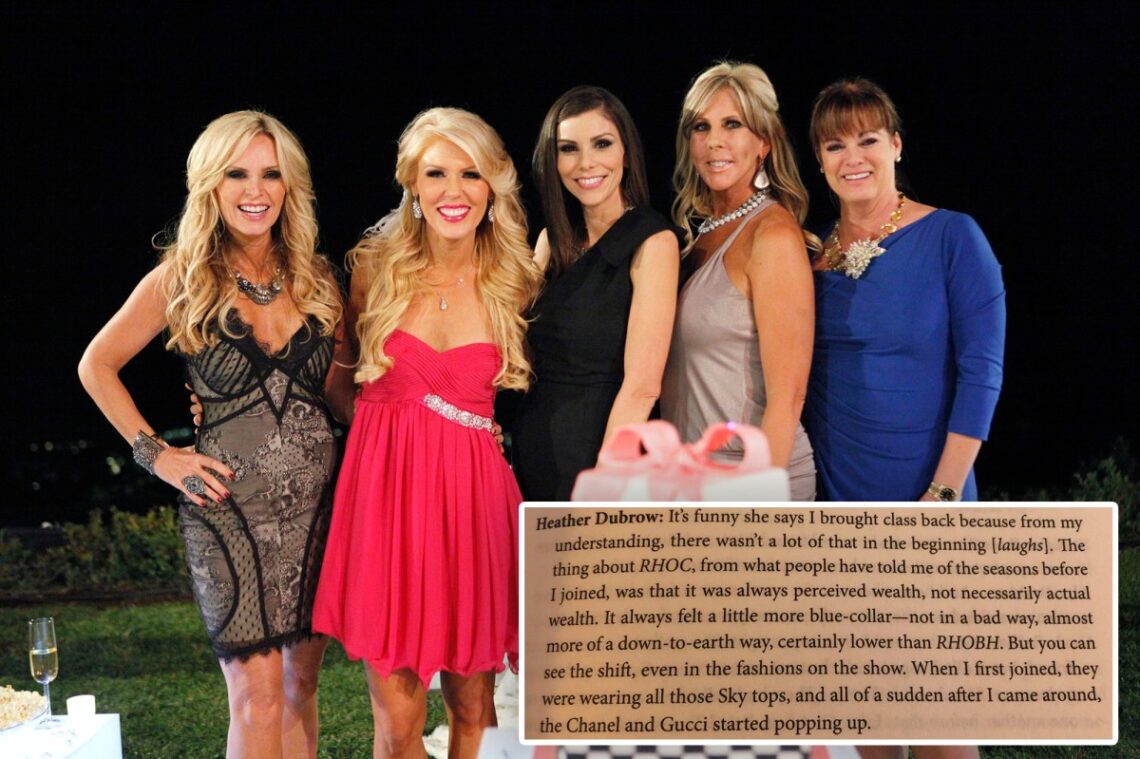 Heather Dubrow says ‘RHOC’ was ‘blue-collar’ before she joined

Click to email this to a friend (Opens in new window) On the west coast, money can buy you class. “Real Housewives of Orange County” star Heather Dubrow is patting herself on the back for bringing some elegance to the “blue-collar” show. “From what people have told me of the seasons before I joined, was that it was always perceived wealth, not necessarily actual wealth,” Dubrow — who starred on the Bravo series from 2012 to 2016 — said in Dave Quinn’s explosive new “Housewives” book, “Not All Diamonds and Rosé.” “It always felt a little more blue-collar,” she added,… Read Full Article