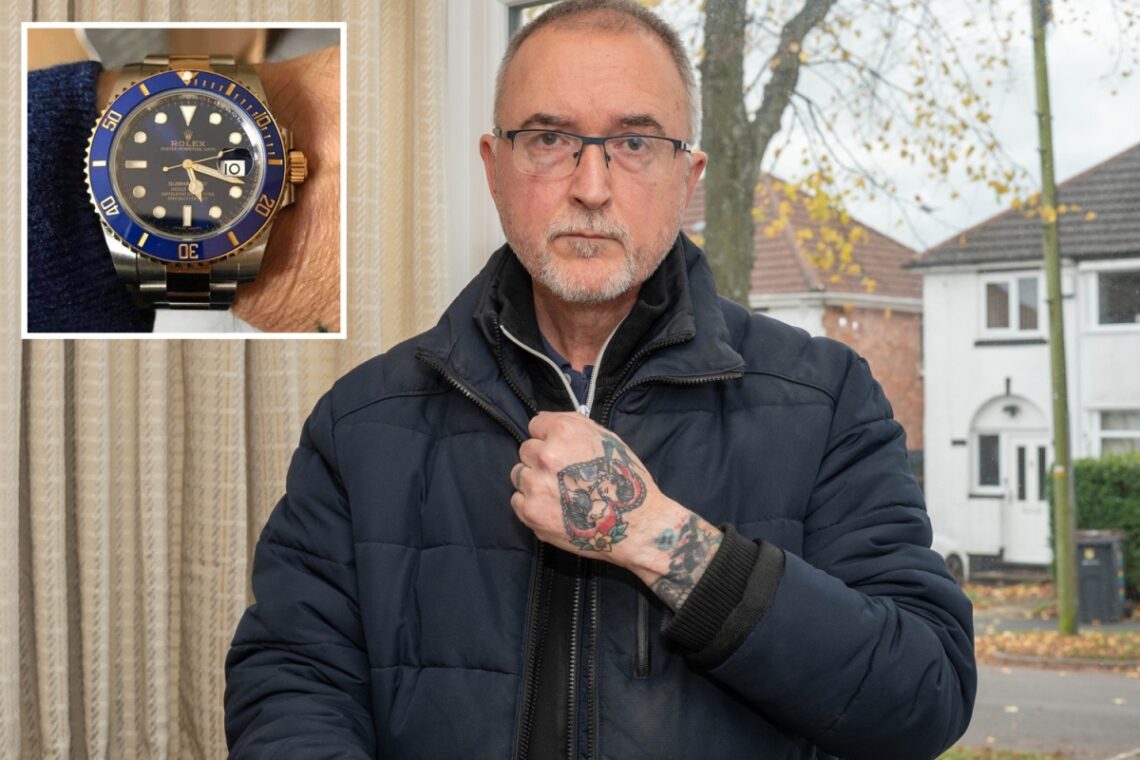 ARMED thieves attacked a cancer survivor before stealing the £10,000 Rolex he bought to celebrate beating the illness. Antony Dennelly, 57, was left bruised and battered after two balaclava-clad thugs punched him and ripped the watch from his wrist on his mum’s driveway. 3 Antony Dennelly, 57, was attacked by two masked thugs who stole his £10,000 Rolex on n his driveway Credit: BPM The masked raiders hit him repeatedly as he got out of this car around 9am on Tuesday before demanding his 18-carat gold submariner Rolex. Antony bravely tried to hold off the pair as they tried to… Read Full Article