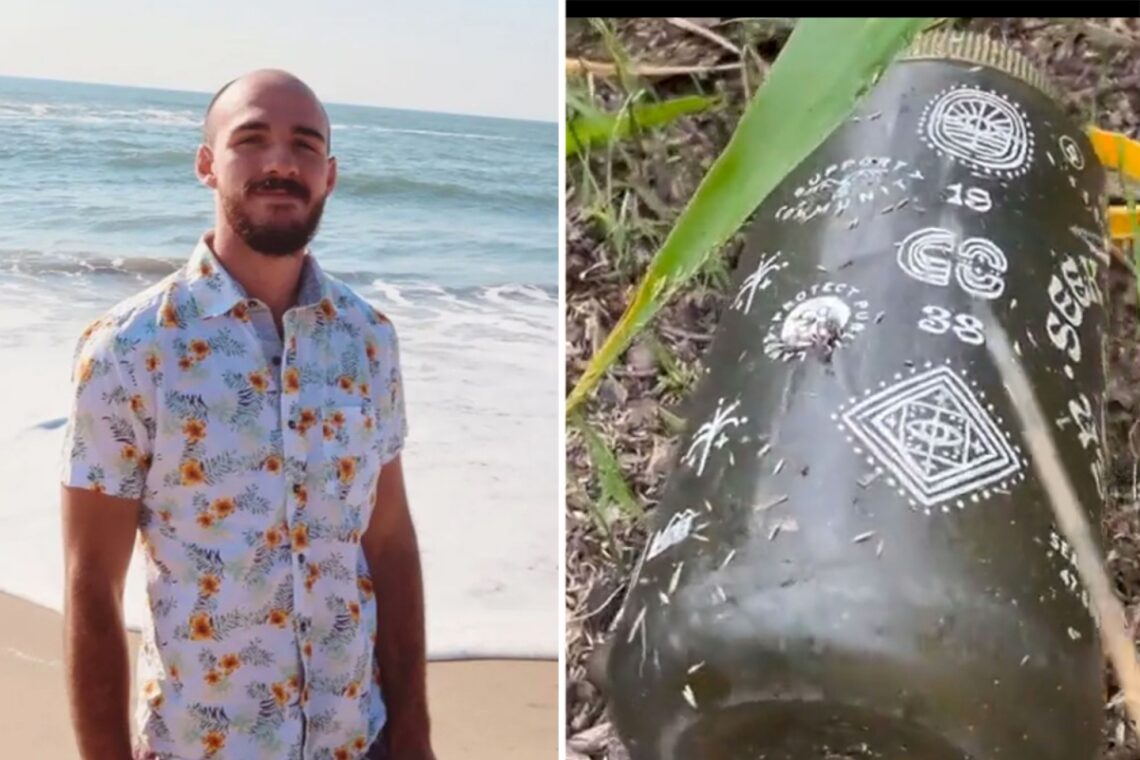 BRIAN Laundrie sleuths claim a water bottle “spotted in the garden of his parents in shocking drone footage matches bottle found near remains.” The video captures Laundrie’s parents in their garden when an online detective claims the water bottle looks like the one that was found near their son’s remains. 3 The Laundrie’s in their garden Credit: TikTok 3 Gabby’s bottle Credit: @mikerreports/Twitter Gabby’s bottle that she carried around with her was black and yellow with white drawings all around. In the video, the online investigator says: “If this is the same water bottle, then there are major questions here…. Read Full Article