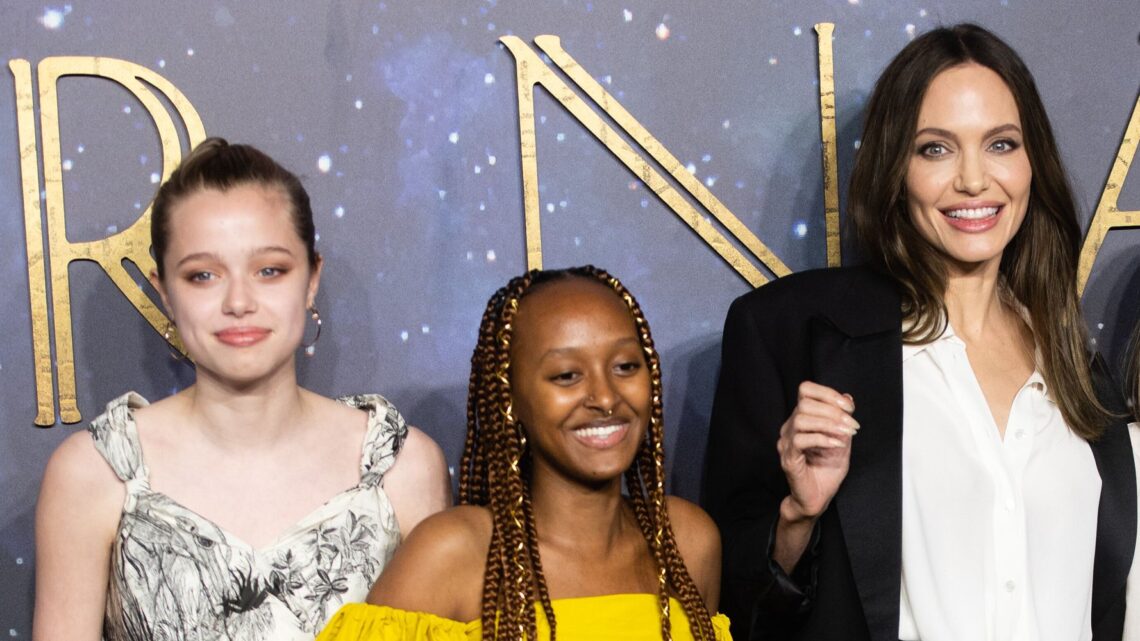 Angelina Jolie continues to make good on her family pledge to “upcycle” some of her most famous looks. The Oscar winner appeared at the British premiere of “Eternals” in London Wednesday night with five of her six children: Maddox, 20, Zahara, 16, Shiloh, 15, and twins Vivienne and Knox, 13. Advertisement Her son Pax Thien, 17, did not attend the event. From left: Shiloh Jolie-Pitt, Zahara Jolie-Pitt, Angelina Jolie, Vivienne Jolie-Pitt, Maddox Jolie-Pitt and Knox Jolie-Pitt at the London premiere of “Eternals.” Karwai Tang via Getty Images While all of the kids were dressed to the nines, it was Shiloh… Read Full Article