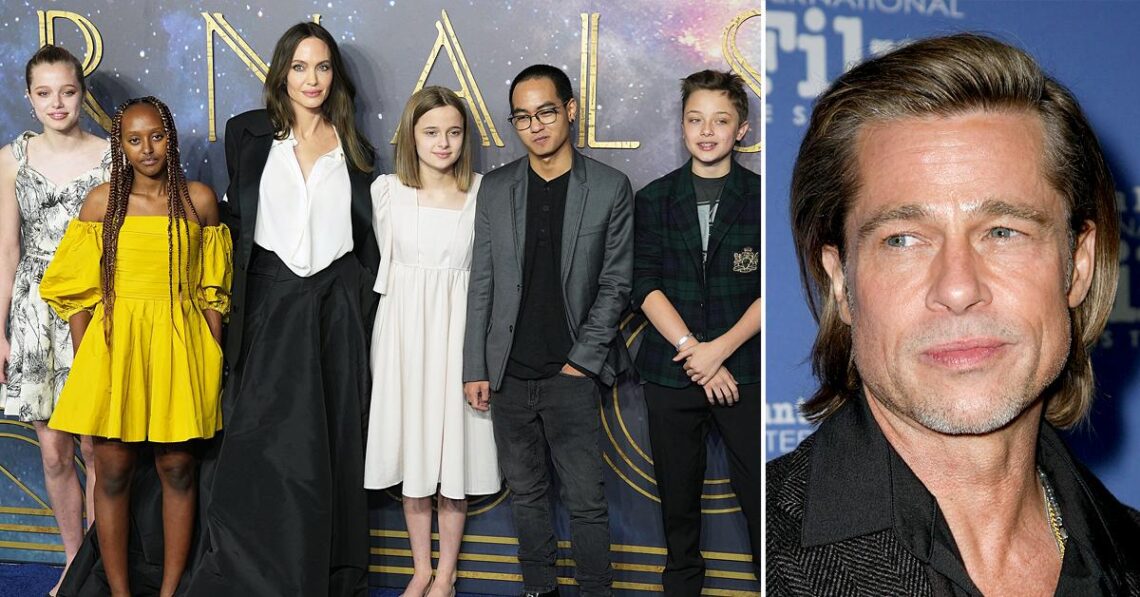 Angelina Jolie took a victory lap with the biggest prize of all — her children — after scoring a victory in her custody battle against ex Brad Pitt. Article continues below advertisement The 46-year-old starlet glowed in all green while ushering her kids inside a star-studded after-party following her Eternals premiere in London on Wednesday. Source: MEGA Article continues below advertisement Sporting a smile while walking into the exclusive party with Shiloh, 15, Zahara, 16, Vivienne, 13, Maddox, 20, and Knox, 13, the mom of six held her head high during her first appearance since the court win. Angelina’s son… Read Full Article